I just finished working with a woman for the past 6 weeks, who was dying from a vicious form of cancer.

I live in a small town, so sometimes I get a call, and when I stop into the client's home to meet them, I realize that I already know them. Usually just as passing aquaintences, which was the case with Sulah.  I walked in and knew immediately that our paths had crossed around town many times. We visited the same coffee shops, walked and shopped on the same Main St. we had a shared career from my past life before moving to the mountains. She was one of those people that I saw and connected with through a smile and a hello and knew we would be just fine together if we ever had the chance to get to know one another.

And now here we were.

What struck me about Sulah was how fiercely independent she was. She was in the late stages of a fierce battle with cancer, yet she managed her own care, she didn't call on her children to come and be with her, she surrounded herself with her close friends who volunteered to come and share breakfast and lunch, and then she hired one of "us" to come for 1 hour and help her to bed. She was very matter of fact about her situation, and she was ready to go. She often wondered what was taking so long.

Days after I began helping her at night, she could no longer bear her own weight....which meant I had to do a full transfer of lifting and moving her from her living room chair, to her wheelchair, to the commode, to the bed. It was painful for her, but she wanted to do it. She didn't want to use the pains medications because they made her sleepy. She insisted on getting up and dressed every morning. I thought of anytime I get to have a day at home, I stay in my pajamas ALL day with no shame or guilt...yet here is this woman who is dying, who refuses to greet her visitors in her bathrobe. I got the feeling it was an act of kindness and consideration for her friends....she would not have them come in and be sad or uncomfortable while she sat languishing in her chair, dressed in her jammies. She would greet them with a hearty "Hello! Come in!!" and a radiant smile. She would listen to the most current stories and gossip and savor every minute. Her friends faithfully brought treats, and yummy lunches. Her daughter came and would cook enough food to last for a couple weeks. People flew through the door to give what talents and love they had to offer, and then left when they were done to respect this woman's privacy and independence.

I began to talk about what the plan might be when things began to change (because they already were) and she needed more care. "I don't know....I guess I will have to go into a home." The idea of which was devastating to her and she always ended up in tears. I asked if I could call her son..."what are you going to tell him?"

I assured her my only purpose in calling would be to see if we could count on him to help us to formulate a plan that would enable her stay in her own home. I knew we were only looking at weeks. The girls I work with, and myself, would adjust our rates, we would do whatever needed doing to help her be able to stay home. Her son and I eventually had the sweetest conversation. He was clearly in foreign territory, but he wanted to do whatever needed to be done to assure his mom would be comfortable.

We proceeded along for a couple weeks with our plan of various daily check-ins in place, until I began getting confused phone calls from Sulah....."who is coming tonight? Everything is falling apart. Can you help me?" Her voice was so weak. I reminded her who was coming, I assured her they would be there soon and get her tucked in. Her family was coming the next day for the weekend. I had out of town company and some important commitments with them....I was feeling so torn.

Once the weekend was over, I called Sulah to see how she was doing...."not good. Im so weak." I headed over and yes, she was so weak, in bed, home alone, barely awake, with a friend coming to bring lunch. Our plan had run its course.

I would stay until the son could get there in the morning. "To stay." We put together a plan to support the son while he was there, with various check in's to reposition his sweet momma, to take care of any of her personal needs, and all of us were always just a phone call away. We worked together like this for the next 36 hours, until Sulah took her last breaths. In her own home.

What was so striking to me was how strong and how brave she was.....she was on her own, by her own choice, until her last 2 days on this earth. She didn't want to bother anyone. She just wanted to do her own thing, her own way, with no drama. It reminded me of a hands free birth...when the dr. stands back and allows the birthing mother's body to do the work that it is naturally created to do. He might step in to gently push some tissue away that might be hindering the process, but then he steps away and allows her to get back to what her instincts are guiding her to do.

We all know inside ourselves what we need. If we can get quiet and listen and be honest...I think as a society, we are moving into a more death conscious time, where people are planning their passing more purposefully. Who they want to be with them, how they will say their goodbyes, where they would like to be as they take their last breaths, what will happen to their bodies after they pass, will there be special aromas in the air such as essential oils and insence, special music playing, prayers to be said, a special bathing ritual after the passing....much like planning the births of our children. We create birth plans, and now we are beginning to understand that we can create our own plan for how we want to leave this earth. Leaving this earth, though sad to leve behind those we love, can also be a beautiful transition filled with love and reassurance and calm.

Linda said…
Thank you Annette. The stories, like this and the one with your lovely Jewish friend, are grounding and, somehow, give new strength and viewpoint in the dying process. The dark scary unknown is given some light.

Anonymous said…
What a beautiful story (again). Thank you Annette - I loved this.

indistinct said…
Thank you, Annette, for taking the time to share this episode out of your life. As my parents get older, I am tempted to wrap them up in cotton batten, trying to keep them safe, from hurting. You teach me about dignity.(and so much about acceptance.) 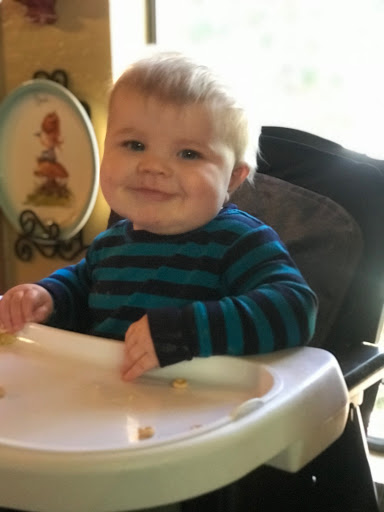 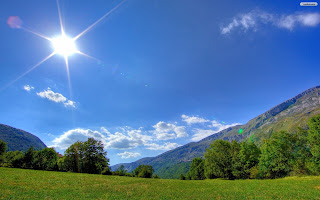 Sunshine is good for the soul....

Annette
My name is Annette. I am the long time wife to my same old husband, mom to 4 adult kids, 2 sweet grand-son's, and since 2003 I have cared for people who are working toward leaving this earth in their own homes. Death and dying are topics we as a society do not like to discuss...but its an event that we all are participating in. I am forever changed because of the brave, frightened, stoic, noble, often hilarious, sometimes angry people I have been honored to care for. We are also a family with a long, multi-generational history of addiction and mental health struggles. It is in these places, walking with with those I love so deeply, that I have experienced God's grace, humility, and compassion. We all come with our imperfections and our rough edges. Let us walk gently with one another. I selfishly share my stories here as my place to process my experiences. I hope you read something in this space that fills your heart. With profound gratitude...

Living one day at a time;
Enjoying one moment at a time;
Accepting hardship as the pathway to peace.

Taking, as He did, this sinful world as it is, not as I would have it.

Trusting that He will make all things right if I surrender to His Will;

That I may be reasonably happy in this life,
and supremely happy with Him forever in the next.

The Prayer of St. Francis